Scientist are interested in the freakiest things. And sometimes I’m interested in that too. For example praying mantis 3D vision. If you own a pet mantis you can see that it probably does have excellent 3D vision. How could it otherwise grab a fly perfectly out of the air? Or why would it rotate it’s head like it does if not for a clear 3D view with both eyes? But everything is speculation until you prove it. That’s what scientist at the Newcastle University did. With tiny 3D glasses they proved that praying mantises have and use 3D vision.

The article describing the research:

The praying mantis is the only known invertebrate with 3D perception, however this fact was originally proven in the 1980s using prisms and occluders, which only support a limited number of images. Scientists want to deepen their understanding of the insect, so they’ve taken this research a step further by testing a few mantises with tiny 3D glasses. A team from Newcastle University created a miniature cinema in the hope that the insects would move when they perceived 3D images with the appropriate lenses. The trick worked, but only with a specific kind of spectacles.

Read the rest of the article here 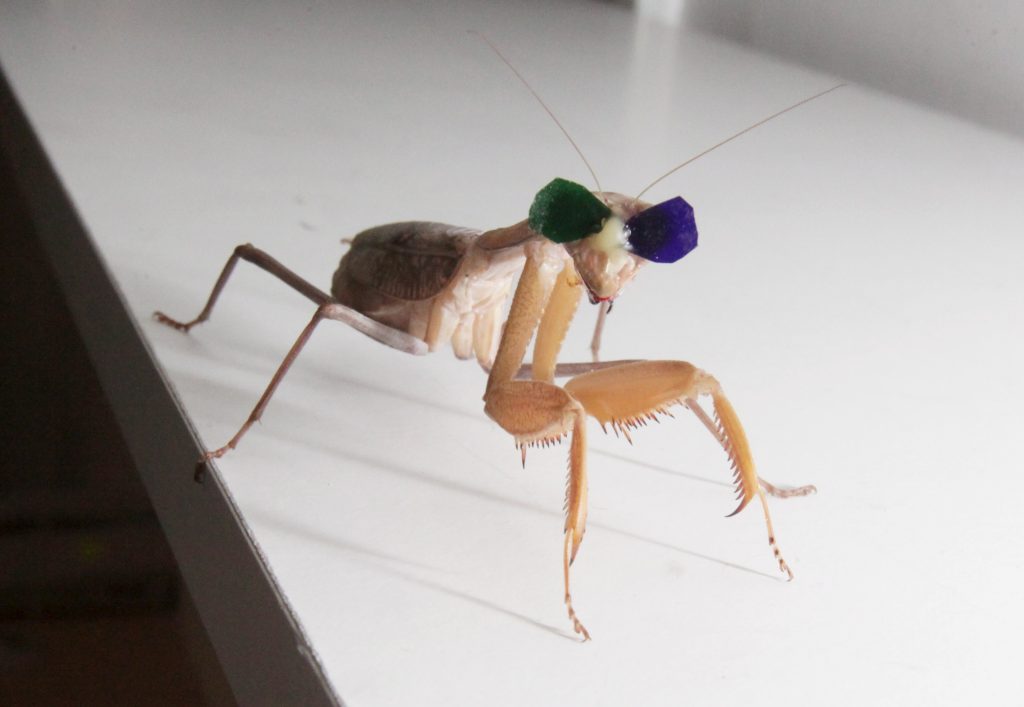