Orchid Mantis, or Hymenopus coronatus, is a beautiful pink and white mantis with lobes on its legs that look like flower pentals. Although this species does not live on orchids, it does look remarkably well like a flower or orchid.
This species is very popular and loved as a pet because of its beautiful bright colors and amazing camouflage. In the wild Hymenopus coronatus is found in Malaysia. 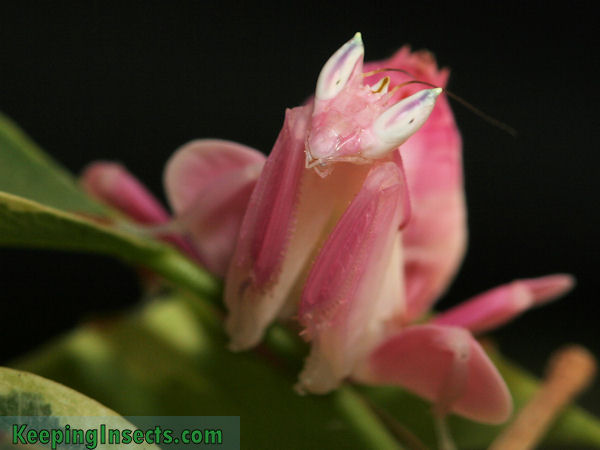 Appearance of the Orchid Mantis

The orchid mantis is white with soft or bright pink accents. Some individuals are completely white, others completely pink and yet others are somewhat of a mix. One mantis can change color in a matter of days, depending on the environmental conditions like humidity and light conditions. This species has lobes on its legs that mimic flower petals. Its natural habitat consists of white and pink flowers in bushes and small trees. In this way the mantis can remain unseen for predators such as birds and at the same time can catch pollinating insects that are attracted to the flowers.

The first instar of the Orchid Mantis is dark orange with black legs and a black head. After the first molt the nymphs are white with hot pink accents.  The amount of pink can vary a lot between individuals but also during the lifetime of one individual.

An adult female is approximately 6 to 7 cm long, while the male is only about 2,5 cm. This size difference is definitely not to be missed! Because the male is that much smaller, he also matures earlier than the female (he does not need so much time to grow). The male and female also differ in appearance; the adult male has white wings with a pink-orange body, almost no lobes on the legs and long wings, while the female can vary in color and has large lobes on the legs. On her back the female has a green spot, while the male does not have this green spot but rather a brownish spot. 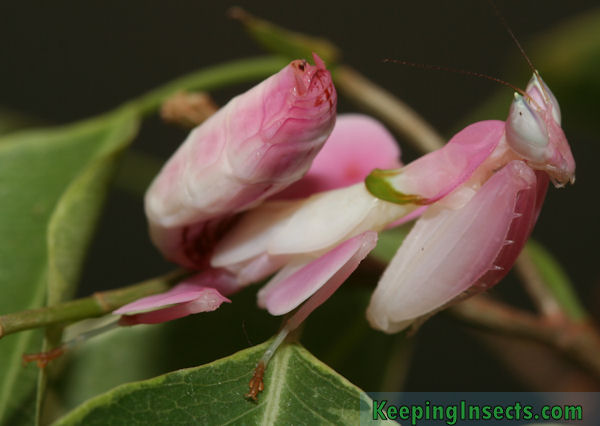 Behavior of the Orchid Mantis

Hymenopus coronatus is a quiet kind of praying mantis. Usually she stays waiting for a prey. Sometimes it will hunt after a prey when they detect it. The adult males can be extremely skittish and hyperactive. The adult male will often (try to) fly away when disturbed. 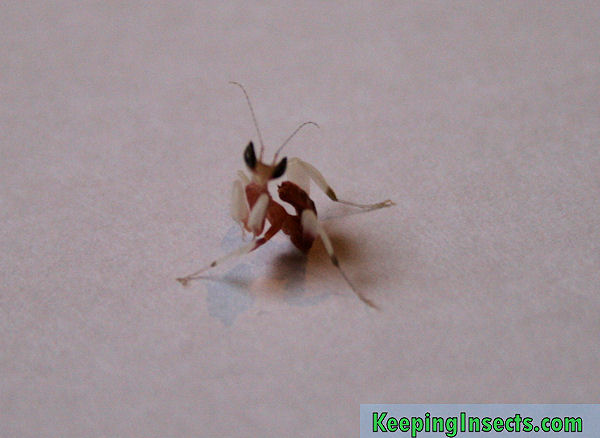 Environmental conditions for keeping this species

The ideal temperature for the Orchid Mantis is about 28 ° C, but you can vary the temperature between 25 ° and 35 ° C. At night the temperature should be at least 18 ° C. If you want to mate a male and a female that where born at the same time, you need to slow down the development of the male. These males should be constantly kept at 18 ° C.

This species needs a relatively high humidity. Approximately 60 to 80% RH. The nymphs are better kept drier, they are very sensitive to a humid environment. You can mist the nymphs about 1x per week, also depending on the ventilation you have in their enclosure. As the nymphs get older, you can gradually increase the air humidity by spraying more often. 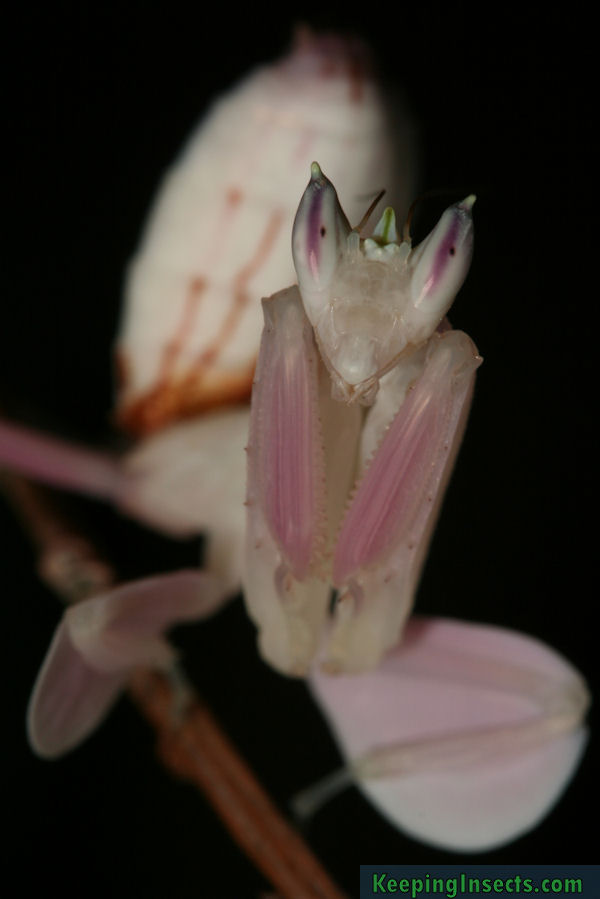 You can not keep Orchid Mantises together in one enclosure when they are older than L3. It is therefore strongly advised to house these nymphs separately. Especially because of the size differences between males and females, cannibalism is very common.

Because this species lives on flowers, it eats mainly flying insects in nature. It is advisable to also offer them flying insects in captivity. Wild butterflies and hoverflies can be given in addition to a diet of houseflies / blue bottle flies. Crickets may also be fed, but preferably not as a main food. 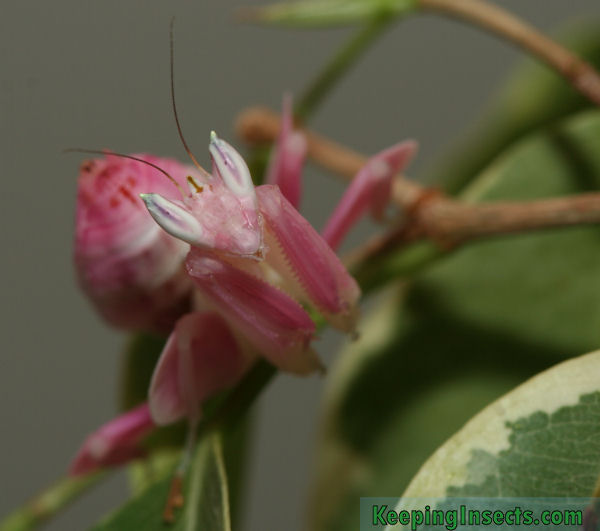 The females of this species are much larger than the males. It is therefore very important that the males and females identified in time, so you can make adjustments to their developmental time. If you want to mate males and females that were born around the same time, you need to slow down the development of the males. If you do not, then the males have already died of old age while the females are not yet mature. You can determine the sex of a mantis by counting the segments on the abdomen, as described here.
Once you know what the males and the females, you should start treating them differently. The females must grow much more, to reach their large adult size, so they should eat as much as they want every day. The temperature may be very high for them, around 35 ° C. Males have to be inhibited in their growth. Give them small prey, and a lot less than the females. They should also be kept much cooler than the females, at about 18 ° C to 20 ° C. Much lower temperatures cause health problems, so it is best to inhibit the growth primarily by food. Of course you do not want to starve your males, so keep a good eye on their body condition.
If you see that the females are almost adult, you can start to treat the males the same as the females. The females live much longer than males, so it is not a problem at all to have the female mature before the male. If you do not plan to breed the species you can keep males and females just the same all the time.

Approximately 2 to 4 weeks after the last molt, a mating attempt could be made. Make sure the female has eaten very well before you introduce the male. Usually the female is very hungry and can eat the male in an instance. It is certainly advisable that the female has something to eat when the male is introduced. She is occupied with having dinner so the male can approach her relatively safe. Mating may take several hours to even a few days. As long as everything looks good you can leave the male on her back for as long as he wants. When he leaves her back, remove him from the enclosure to make sure he is not eaten. 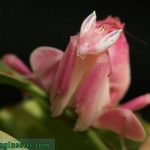 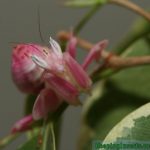 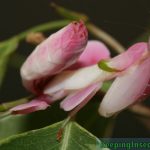 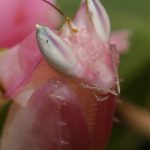 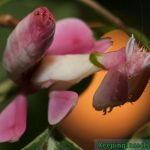 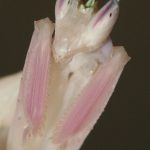 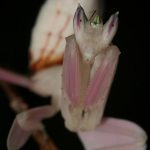 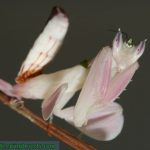 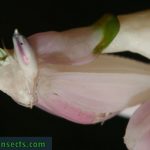 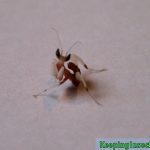 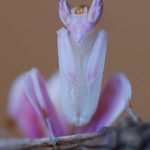 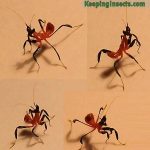 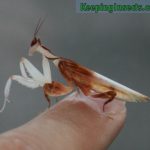 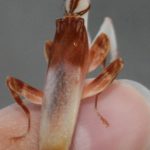