This pages will give you some general information about stick insects, like their morphology, their senses, their way of development and their natural habitat and behavior.

Like any insect, stick insects have six legs, to antennae and their body is divided in three segments;  head, thorax and abdomen. Almost all stick insects have a body that is not exclusively designed for movement or efficiency, but also designed for camouflage. Their body and legs are elongated to mimic a stick or straw. Other species have many projections on their legs and body to mimic leaves or other natural occurring material. On the picture here you can see the camouflage of an Australian stick insect. 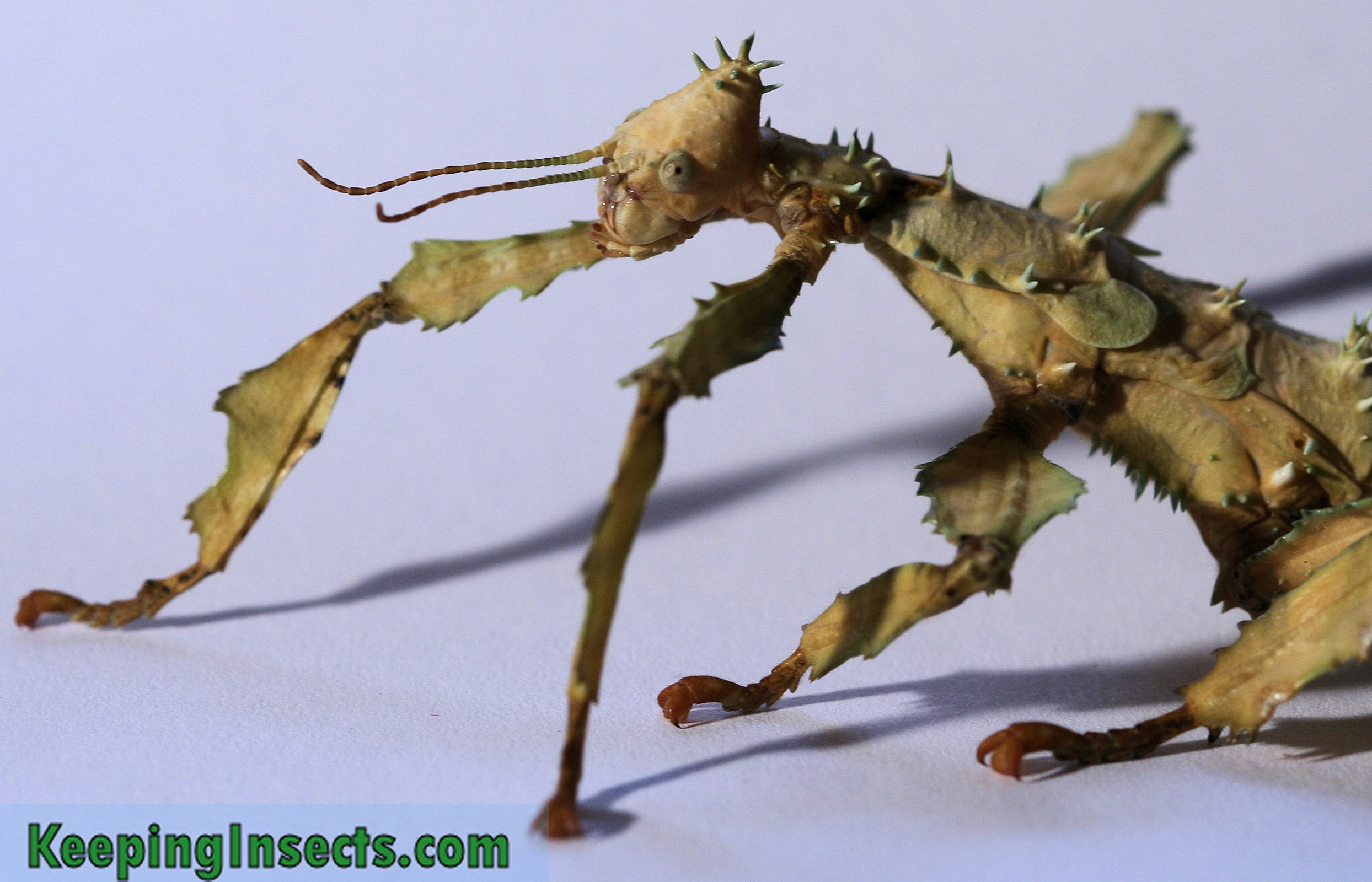 This stick insect is camouflaged as a prickly bush. The species is Macleays Spectre Stick Insect or E. tiaratum

Some species of stick insects do not rely on camouflage anymore; for example the species Peruphasma schultei is black with red wings and does not have a camouflaged body plan. This is because it is poisonous. With the red wings it can signal to potential predators that he is poisonous, thereby avoiding predation.

The senses of a stick insect

Although stick insects have the same senses as we do, they are poorly developed. Stick insects have eyes, but their vision is probably poor. They do not have ears, but can sense sound by feeling vibrations of the air. Their sense of smell is their most important sense. They can smell their food plants and the males smell receptive females because these females emit pheromones. The pheromones are crucial to the species to make sure males can find and identify females of their own species.

Stick insects are part of the hemimetabola group of insects; this means they do not undergo a complete metamorphosis. A complete metamorphosis is that of a butterfly or beetle; first you have a caterpillar or larvae, then a pupa (cocoon) and then the adult insect. This adult looks nothing like the first stage of the life cycle. In stick insects and other hemimetabola, the newly born insects already resemble the adults. In stick insects, the newborn nymphs are almost the same as the parents except their size, camouflage and their wings. Young stick insects shed their skin around 6 – 9 times before reaching adulthood. The number of molts depends on the species and the sex of the stick insect. Every time the stick insects sheds its skin, it will grow. Because of its rigid outer skeleton (skin) it cannot grow in between molts. After a stick insect molts, it will often eat its own leftover skin.
The nymphal stages of a stick insect can be numbered starting from L1 (just hatched), to L2 (after first molt) and so on until L6 or L9 (depending on the number of molts this species has). The last molt is from subadult to adult and generally these life stages do not get a number but are referred to as subadult and adult.
Some stick insect species females can produce offspring without ever having mated with a male. This is called parthenogenesis, or asexual reproduction, and you can read more about it here. 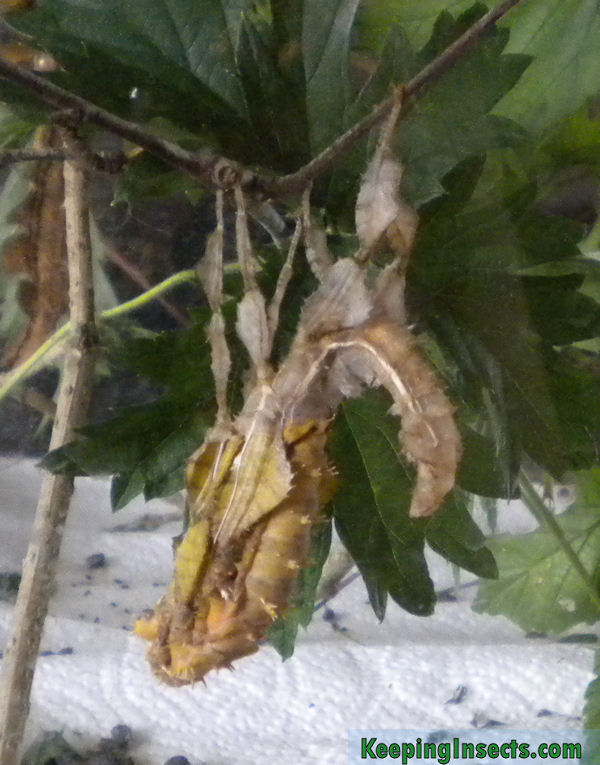 This is a Extatosoma tiaratum stick insect in the process of shedding its skin.

Stick insects occur on all continents except Antarctica. Their natural range is very broad; they occur at high and low altitudes, in temperate and tropical temperatures and in dry or wet conditions. Stick insects generally live in trees and bushes, but some species live entirely on grassland.
Stick insects are nocturnal animals, meaning the are only active at night. During the night the nymphs and females feed on leaves, but adult males will feed only as short time and spent the rest of the night searching for females. Males can smell the presence of an adult female because she will produce pheromones when receptive. Males of most species are able to fly, enabling them to find females in a large range.